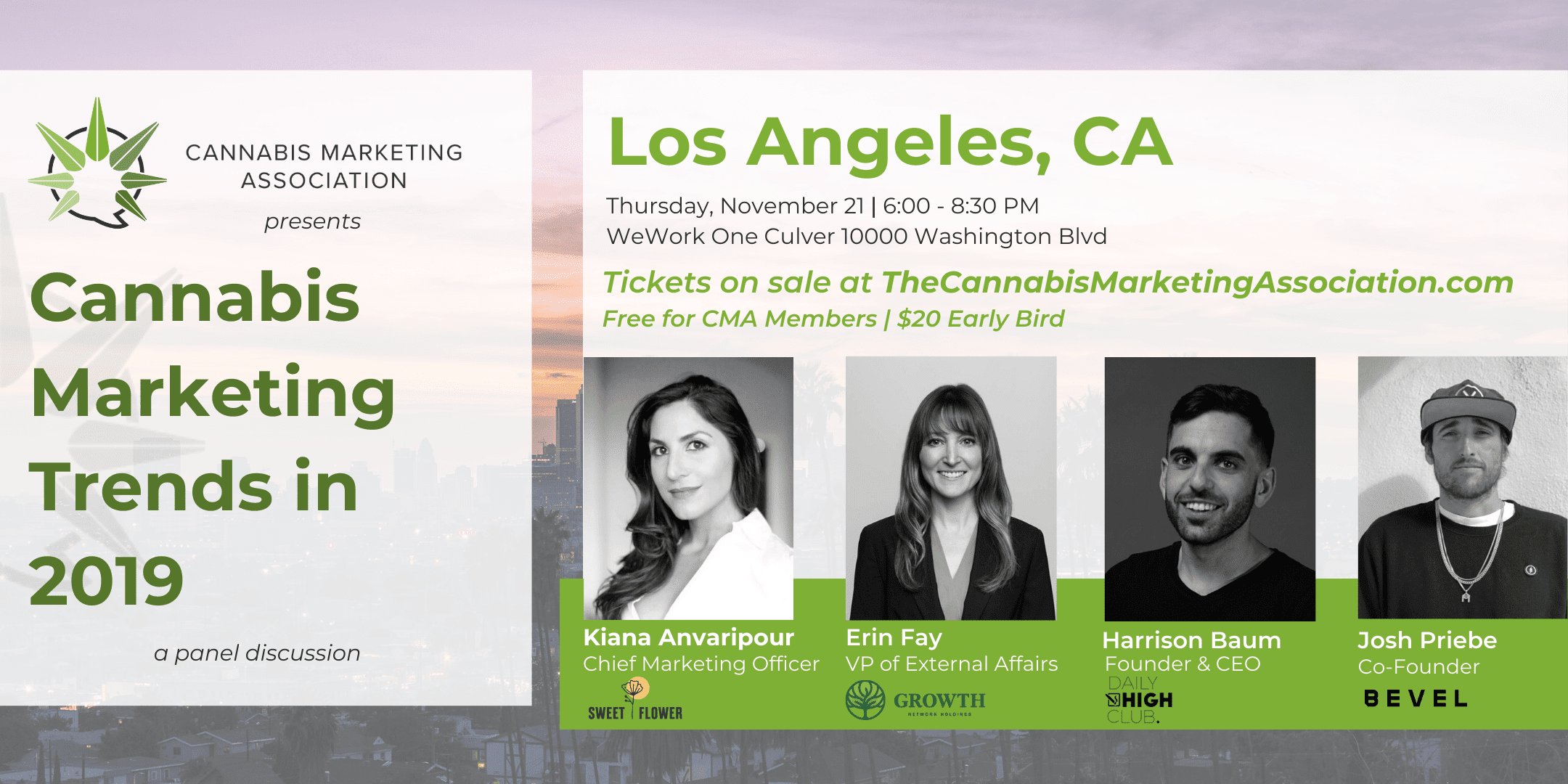 Website: https://www.eventbrite.com/o/cannabis-marketing-association-11133584337
Join CMA for a panel discussion of the cannabis marketing trends in 2019.

Join the Cannabis Marketing Association on Thursday, November 21 at 6:00 PM for a night discussing cannabis and cannabis marketing trends in 2019 with our expert panel.

Free tickets are available to CMA Registered Members, memberships must be purchased through our website here. Meetup members are not paying, registered CMA members.

Kiana is a data-driven brand builder with expertise using creativity to engage customers, create demand and drive revenue. I have extensive knowledge of retail personalization, UI/UX, wholesale and direct-to-consumer channels, traditional and e-commerce business models, and luxury product marketing. With over 15 years of experience generating new business, I have an outgoing attitude, am fun loving, and have sales in my DNA.

I’m classically trained as a designer and art director, always have a pulse on trends, and am proud of my track record of innovation.

Erin spent ten years in federal and state courts investigating and prosecuting the most serious and violent crimes.  She also led multi-agency efforts that dismantled drug trafficking organizations to reduce crime in Camden, NJ, one of the most dangerous cities in the country. During that time, Erin recognized the devastating social impact of the criminal justice system’s unfair treatment of marijuana offenders and became committed to the cannabis industry’s exit from the shadows through legalization.

Subsequently, Erin led a cannabis technology firm’s international team across all business functions as COO. She implemented strategies in the United States and India that allowed the company to expand into Canada prior to its legalization of marijuana.

Erin is a member of the New York, New Jersey, and Pennsylvania state bars and holds J.D. and M.B.A. degrees with an international business concentration from Rutgers University in New Jersey. In her spare time, she enjoys snowboarding and traveling internationally.  She most recently visited Spain and England, exploring the international cannabis landscape.

Formerly a TBS nationally ranked comedian, Harrison used his creative talents to start an iPhone repair business, which fully paid his college tuition. He then worked in analytics in Vistaprint’s subscription division, but hungry for more, Harrison launched Daily High Club. He put the idea on Reddit for the Dollar Shave Club of smoking supplies, and it went viral. Several hundred subscribers joined immediately. After realizing the literal overnight success and growth potential, Harrison left his day job to embark on his journey with DHC. With only his initial investment of $700, it grew to millions in revenue and over 500k Instagram followers. DHC has since become one of the leaders in the online headshop industry, having shipped out over 400,000 bongs.

Josh (“Preebz”) Priebe, a Southern California native and self-made entrepreneur, started his career 17 years ago in the action sports industry. With a knack for intuitive insights in marketing and branding he created two well respected and successful brands, Sk8mafia (skateboards) and JSLV (clothing), with both brands hosting top pro athletes in skate, snow, and surf.  Josh, being a cannabis advocate nearly his whole life, made the decision to enter the cannabis space in 2015 as the Marketing and Brand Director for THC Design. His transition into the cannabis space was seamless as skateboarding and apparel have always been so closely tied with cannabis culture. In 2018, Priebe was named in the top “100 Most Influential People in Cannabis” by High Times Magazine. Shortly after, in 2018, he co-founded a full-service creative cannabis agency, The Bevel Group. Soon after the agency launched Josh was diagnosed with cancer and went on to fight and beat the disease. Today, Josh is enthusiastic and has a renewed outlook on life and looks forward to continuing his work in cannabis while sharing his journey and the impact that cannabis had on his healing. He currently resides in Newport Beach, CA, where he enjoys his family, pups, and the waves, of course. 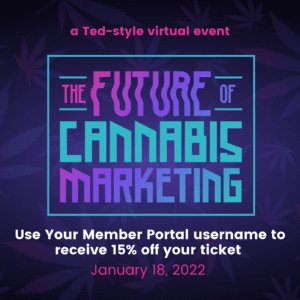