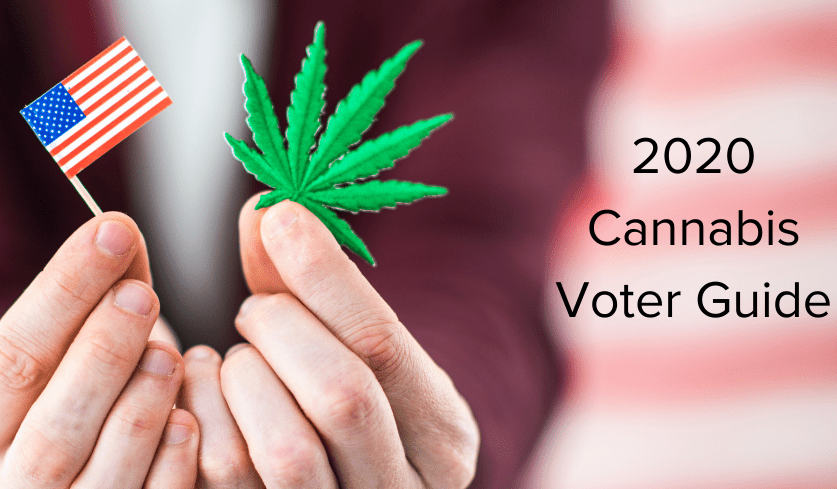 What’s on the ballot this year regarding cannabis?

The general election this year will decide the next president, some Senate and House of Representative seats, and local government races, among other seats and laws. Some states are also including the question of legalizing marijuana on the ballot.

What’s at stake for these states, and what does the measure on their ballots mean? Find out in out in our 2020 Cannabis Voter guide:

Arizona legalized medical cannabis in 2010, but the passing of Smart and Safe Arizona Act, on the ballot as Proposition 207, would mean Arizona lawmakers would have to establish regulations for a recreational market by April 5 of 2021. If passed, the measure would allow responsible adult use of cannabis for adults 21 and over. It would be subject to state regulation, taxation, and local ordinance. The Arizona Department of Health Services will have the authority to oversee its safe sale. According to the bill, there would be a 16% tax placed on the sale of cannabis. These funds will benefit various state funds, including police training, funds for addiction prevention, and funds to approve Arizona’s roads. Another benefit of the passing of the bill would be the ability for persons previously convicted of low-level marijuana charges to have criminal records expunged.

Governor Murphy of New Jersey has already expressed his support of legal adult cannabis consumption in the state. Senate Concurrent Resolution No. 183, or question 1 on New Jersey’s general election ballot makes this a possibility. The resolution being voted on “proposes a constitutional amendment to legalize cannabis for personal, non-medical use by adults who are age 21 years or older, subject to regulation by Cannabis Regulatory Commission.” The resolution also states that cannabis products will be subject to the regular state sales tax but, if authorized by the legislature, a municipality may pass a local ordinance to charge a local tax on cannabis products. If the resolution passes, it will take effect on the 1st of January 2021.

Currently, medical and recreational marijuana is illegal in South Dakota. South Dakota Constitution Amendment A, the Marijuana Legalization Initiative, could change this. If passed, the initiative will require the state to pass laws allowing medical cannabis by April 2022. The amendment “legalizes the possession, use, transport, and distribution of marijuana and marijuana paraphernalia by people age 21 and older.” The initiative also lists several possible restrictions if approved. These include letting local governments ban marijuana cultivators and impose a 15% tax on marijuana sales. The funds from the taxes will fund local schools and the state general fund.

If Montana votes to pass ballot issue #14 I-190, recreational weed in this state will be legalized, under certain guidelines and restrictions. If legalized, the Department of Revenue will be required to develop regulations for cannabis businesses and there will be a 20% tax on the sale of cannabis. Over 10% of the tax revenue will go to the state general fund, the rest will go to conservation programs, healthcare costs, and more. Even if this does pass, advertising of marijuana and related products will still be prohibited in the state. The passing of this will also allow resentencing or expungement for cannabis-related crimes.

Initiative Measure No. 65 along with alternative Measure No.65 A will appear on Mississippi’s general election ballot. The ballot will first ask voters to choose approval of either or against both. It then asks voters to vote for one of the initiatives. Measure No. 65 asks, “should Mississippi allow qualified patients with debilitating medical conditions, as certified by Mississippi licensed physicians, to use medical marijuana?” The question then goes on to describe the fiscal analysis of the initiative, stating the cost for the state along with the predicted revenue. The alternative asks, “Shall Mississippi establish a program to allow the medical use of marijuana products by qualified persons with debilitating medical conditions?” This is again followed by the fiscal analysis of the initiative, stating the cost and revenue impact are undeterminable at this time.

Make sure to register to vote for the general election on November 3 and use the 2020 cannabis voter guide to help you make a decision!