There is a problem in the cannabis industry. Selling pot may seem easy, but there are countless regulations on marketing cannabis. Lisa Buffo is combating those issues.
Cannabis companies have to approach marketing differently according to Buffo. Social media platforms shut down company accounts and do not allow them to use paid ads. “It’s federally illegal, so technically we’re still selling drugs in the eyes of the federal government,” Buffo said.
In 2016 Buffo started Cannabis Marketing Association, or CMA, an industry trade group for the marijuana industry’s marketing and communications professionals. CMA provides educational events and research, and opportunities to network.
After graduating from college in 2012, Buffo worked for several startups before working for business accelerators. These are venture capitalist investors that select a group of early-stage entrepreneurs, back them with money and put them through a 12-week business boot camp. Here, Buffo learned the basics of marketing.
After participating in these boot camps, Buffo decided she was ready to start her own business.
She laid out a plan and decided to lease out a plot of land, grow basil, make it into pesto, and sell it locally.
This was occurring when Colorado was legalizing marijuana. Buffo decided to give the marijuana industry a try instead of committing to a business in her hometown of Cleveland.
In June of 2014 Buffo flew to Colorado and visited dispensaries in Denver. “I was here for literally 24 hours and I was like, okay, I’m moving,” Buffo said and by October she was here.
Buffo worked several jobs in the cannabis industry including trimming at a grow house. Then, CanopyBoulder launched, the first business accelerator specifically for pot, and she joined their team.
After its first business boot camp, she joined one of its portfolio companies as chief marketing officer.
“In that job was when I realized how hard it was to market cannabis,” Buffo said.
Buffo started holding informal meetings where marketers of cannabis would come to talk so she could learn how to combat this marketing struggle. Eighty people came to the first meeting.
Buffo did it again the next month and charged $10. Sixty people showed up. She continued to do this in the Denver area and within months, marketers from California were reaching out to her about starting their own chapters.
CMA continued to grow. “It was funny cause like I was planning to start a business but not this… this just happened,” Buffo said.
Although CMA started in 2016, it did not officially launch until February. “It took us three years to get a bank account,” Buffo said. Although CMA was not selling cannabis, the company struggled with problems cannabis companies face.
With over 150 members today, CMA continues to help the cannabis industry marketers through education.
“Being able to work with individuals that know the space as much as I do… that can help with strategy, etcetera has been super useful,” said Rodolfo, a member of CMA and former vice president of the WeGrow app, a program that teaches people how to grow cannabis at home.
“You can just tell from the second you meet her really how much the association means to her,” said Skye Downie, a CMA intern and University of Colorado senior.
In the future, Buffo hopes to spread the company internationally. She says that when prohibition ends, she wants to advise the federal government on regulations and standards they make for cannabis. No matter what happens, she knows she will always be an entrepreneur.
“Whatever happens with this, whether we sell the company, or it fails, I will probably just start another company,” Buffo said

About the Author
Vyla Carter is a sophomore studying Journalism and Strategic Communications at the University of Colorado Boulder. This project was completed for a journalism class at CU. 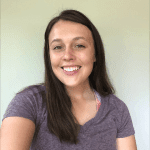